still pond—
shadow of a mayfly
in the depths

Overall, I can see the serenity, calmness, and productivity in this haiku. Three words—stillness, shadows, and depths—depict that life is on the verge of either death or life. I can see the positive side of it—new life, reproduction, renewal in a season when there is no interference and disturbance.

Metaphorically, a still pond can be a meditation process where life flows in moments, and a person’s deep experiences of life reflect as shadows and show the true image of the self.

Reading this haiku a few times, I could not stop feeling pulled down by the deep sound of the vowels in it…. This ku seems to be a hymn to “o” and “ou,” so it deals a lot with  meditation and mantras (“om” or “aum” …).

Through its images, I’m pushed to linger in an introspective mood: it opens me to a feeling of impermanence with the ephemeral presence of a mayfly, and its shadow …

The haiku invites us also to see beyond the surface of things, bringing us into the circle of life and then death. “Death” can be easily recalled at the end of the poem thanks to the assonance with “depths” used by the poet…, as if ending a life should be something natural, but also perceived as an emotional event that cuts through our own lives—deeply helping us to grab the essence of our existence, its core, the meaning of us here and now, because life and death are always together, although we try to hide from this fact most of the time.

A haiku that can be read and read again—finally reaching a new awareness ….!

Not only is this haiku deep (no pun intended), but it is also meditative. The brief life of a mayfly is commonly seen as a metaphor of the extremely short span of time we get to live on this planet (according to cosmic time). Mayflies, crane flies, and cicadas usually remind us that we aren’t immortal. They give our egos a pinch. And in the context of the poet herself, she was diagnosed with terminal brain cancer. Maybe the poet saw the mayfly as a representation of herself.

The contrast with the peace of the still pond and the deep shadow of the mayfly creates poignancy. Even this little insect with such a brief life can reach down into the depths of the pond with its shadow. Also, this can be seen as expressing the idea that when all is peaceful outside and/or within, even the smallest creature can have a big influence.

This haiku is also a nod to Basho’s famous “old pond” haiku, I believe. Instead of sound, though, we have the sense of sight. But we can derive a similar conclusion: the mayfly, in a sense, has become the pond—or at least a part of it.

With plenty of “s” and “o” sounds, the haiku is musical. In my reading, the “o”s slowed me down and allowed me to take in the haiku in a bit more. There is also a judicious use of the em dash, making the reader pause to realize the stillness of the pond.

A classic haiku from a poet who was taken away from us way too early. I hope more people read her work.

Did you enjoy this haiku and commentary? Let us know in the comment section.

It’s a great picture on how small the creek is with grazing cows, and even though I know cows don’t migrate, I also picture wild herds of buffalo doing the same thing elsewhere.

I am very familiar with this scene. A lovely walk along the river, following its gentle curve, enjoying the scent of spring grass, the sound of birds singing, perhaps spotting a family of moorhens. Then suddenly you come across the place where your feet sink into a mess of mud and cow poo, all trodden together by the herd which has left that goo for you to get your feet stuck in.

I can imagine the herd, bumping against one another, in order to squeeze into the space between trees to drink the delicious clear water. They churn up the river bank with their feet, leaving a brown, flattened, sticky mess which oozes with river water, now spreading into a new shape.

Precise words that convey clearly what the author wants the reader to see. The word “shape” brings us to layers of sharing and interpretation. In my case, I imagine a herd grazing silently and nonchalantly as some of them stay in the creek, perhaps finding a cooler place where they chew cuds—as others roam freely on the slopes. The author zeros in on the bunch staying in the creek where the cows shapes the creek as they perhaps crowd the place.

I like the relaxed mood of this haiku. In June, the flowers are blooming and birds are singing. The cows are grazing. I think it is beautiful nature-sketching.

The haiku opens with a very classical kigo which, in the author’s hemisphere, reminds us it is the eve of summer. It is also marked by grazing cows, which need to feed their calves, producing a lot of milk, and suggesting their almost stillness in the new grass, busy with their task of being mothers….

We can appreciate this haiku for its visual nature; in an instant, a fresh green sensation captures our attention when imagining those peaceful animals eating and eating….

But it is in the third line that we can have the feeling of a charcoal drawing, as if the short sounds were sketching the landscape.

It’s very well juxtaposed and original that the outlines of the cows are tracing the boundaries between the calm lawn, which shows the grounding of the poem, maybe of the author himself also, and the void of the creek, the uncertainties of what can’t be seen, the beginning of the end, or the end of an earthy dimension and the birth of an ethereal one….

The surprise at the third line is granted. A very well done haiku by James Krotzman!

Much has been written about the content, so I will touch upon the element of sound in this haiku and its economy. In my opinion, the “g” and “c” sounds mimic the act of grazing. Also worth noting is that each line is only three syllables each. Krotzman has achieved a complete seasonal scene with resonance in succinct form, which is not easy to do. I enjoy the haiku’s simplicity and understated manner.

Did you enjoy this poem and commentary? Let us know in the comment section.

Wakened by birdsong;
drifting from one world of dreams
into another

In some cases, a dream gives inspiration to artists or writers. This author was wakened by birdsong. It is a nice song to awaken to.

This immediately brings to mind the spiritual concept of worldy illusion. Many spiritual traditions are based on this idea, and it basically means that this universe amounts to nothing in the end. It is a play or test rather than something that should be taken so seriously. This belief is often based on the fact that existence itself is eternal, and that death is just a pretense because of this.

I like the use of the rare semicolon, as it shows the intricate connection between dreaming and wakefulness. In terms of sound, I enjoy the “d”s and “r”s throughout the haiku. The “d” sounds feel like a tapping on the door or another alert to the poet to wake up, such as sharp birdsong. In my mind, the “r” sounds reflect the sensation of drifting.

Did you enjoy this haiku and commentary? Let us know in the comments section below. 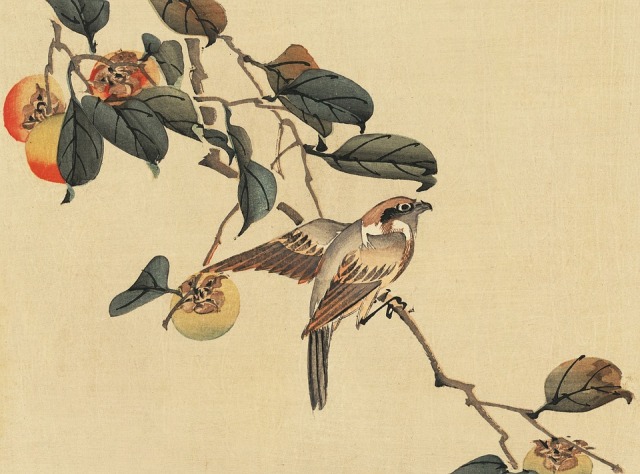 When we are waking up, reality can feel a bit blurred or altered. Our dreams can seep into our waken state and also we can feel disoriented. I think this may have been a part of what the poet was expressing. Birdsong usually does not sound like a gong being struck, but it may appear that way when you first wake up.

I think this haiku shows a connection between nature and spirituality as well. Though most people who are religious get beckoned to a church through the tolling of bells, to a mosque through a vocal recitation of the Quran, and what follows in each religion, the poet here possibly sees birds as messengers of a spiritual message. The word “awakening” can also mean becoming enlightened in some way. So, maybe the poet is saying that she heard birdsong and felt transcended after listening to it. This haiku could be pointing to the fact that we don’t need these human-made religions in order to feel the depth of spirituality—all of nature can be our divine sanctuary.

It seems the most evident pairing of sounds in this haiku is in “gongs” and “birdsong.” The “o” sound creates the impression of a gong’s elongated resonance. The “g”s in this haiku could be simulating a mallet hitting a gong with its hard sound. In addition, the ellipsis also helps to give the feeling of the long-lasting toll of a gong.

A spiritual haiku that mixes the abstract with reality.

In spring, baby sparrows chirp with a high tone, but it seems “gong” is another sound. It’s like the sound of the rising sun. Or, “gong” could be the headache of the poet when she wakes up. So, this “gong” may not only be a sound, but also an impression.

Did you enjoy this haiku and the commentary? Let us know in the comment section. 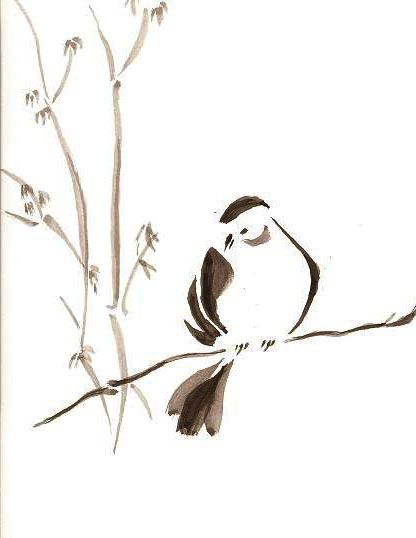 all around
light failing in a field
of fireflies

In my childhood, I felt the firefly was beautiful, amazing, and mysterious. But as I got older, those images changed to the idea of impermanence. It is not something metaphorical—I just feel impermanence from it.

I love the ambiguity of this haiku.  In the second line, we are not sure if artificial light is failing, the light of the fireflies is flickering, or if moonlight is toning down. This type of mystery adds to a reader’s interpretation and curiosity. Also, the scene of a field adds to the epicness of the imagery.

Though fireflies are connected to various seasons, personally, I associate them with summer and perhaps spring. This sense of a season interacts with the imagery well, as it creates a contrast. Summer, and especially spring, is often seen as a joyful and relaxing period. However, life is not full of roses—even in spring. The light failing is a reminder that every moment, there is something fading away—maybe to return again, just like the flickering of firefly lights.

The moment is so enchanting, I think a one-part structure works well. What also works well is the sound. With plenty of “f”s and “l”s to hear, the haiku is sonorous.  The soft “l”s and hard “f”s make for a reconstruction of the feeling when a firefly’s light turns on and off, in my opinion. Besides any interpretation, the haiku reads wonderfully.

Did you enjoy this haiku and commentary? Let us know in the comment section.